Sooooo my second trimester has GONE and did it fly!

Its being a lot of a smoother ride then my first trimester, the sickness has finally subsided, I cant tell you how happy I am about that. I'm not half as exhausted as I was, I don't feel the need to have a nap in the middle of the day any more which is a relief, I feel like I can finally go places without getting super tired. I'm still eating as much I was, if not more!

Pain:
I have problems with my right hip as it is, I was born with CDH (congenital dislocation of the hip) basically I had no head of femur and I had several operations to reconstruct it, Iv had discomfort in my hips all my life so I kind of expected it to cause me problems during my pregnancy, just not as much as it has.
My left hip has obviously being taking the brunt of it all and its causing me more pain then the right, so not only does my right hip hurt my left hip hurts more so walking is very difficult. My sleep has really being affected by it, trying to relax is impossible.
I'm relieved that iv only got a little bump, the extra weight obviously isn't good for me so im dreading getting even bigger. I'm going to start physiotherapy this week to help ease the pain.

C-section:
Due to my hip iv being advised to have an elective c-section, The consultant was worried about the amount of movement I have in my hip, During delivery you need to bring your legs quite far back and he was worried id struggle and it would cause complications during the birth.
At the time I got very emotional and said id like try to have a natural birth so he said we'd see how the physiotherapy helped and go from there.
Now iv had time to think about it, im going to go for it, its the best thing for me and my baby, id hate to think my selfishness of wanting to have a natural birth could harm either of us.
I'm devastated ill not experience giving birth but its more important to have a happy healthy baby.

Movement:
She's a little wriggler, I feel like iv got an octopus in my belly. she's more active on a night, which is just great as I struggle to sleep as it it, I get kicked elbowed and punched from every angle, I cant say I don't love it though. This week iv being seeing my belly wobble from the kicks so im waiting to see a hand or foot pushing against my belly, I don't think it'll be long. 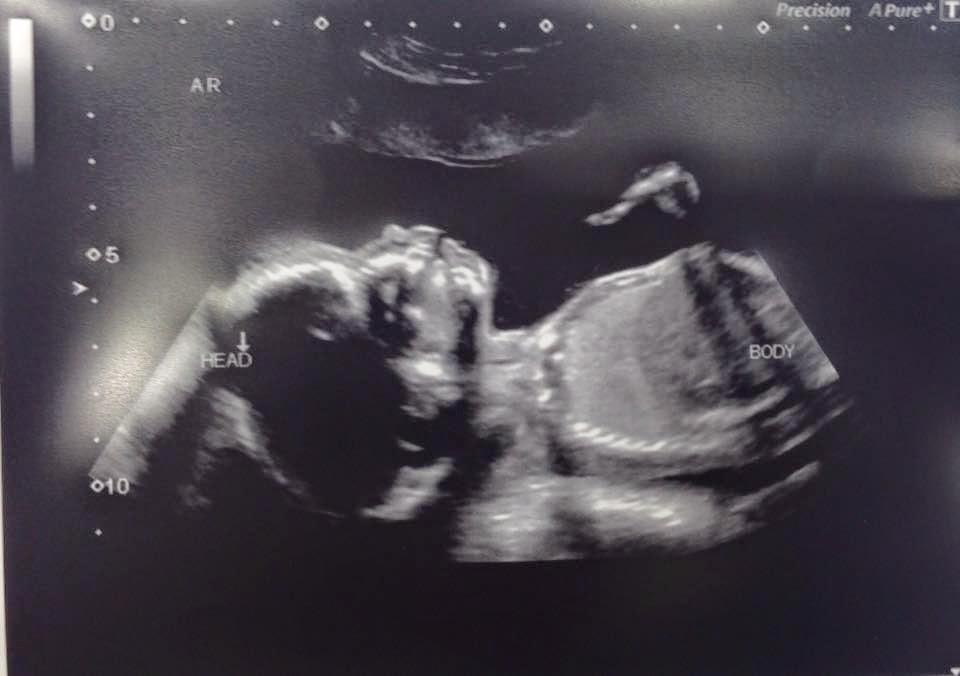 My second scan went really well, she's still measuring correct so my due date it still 27th February 2015
She has 2 arms, 2 legs (Not 8 tentacles, so its definitely not an octopus) & all her fingers and toes so that's good ;D All her organs are functioning well, so she's growing perfectly.
We decided to find out the sex, I'm too impatient and would have died not knowing, Were having a little girl.
Craig wasn't surprised, he was convinced we were from the start.
I'm so sad were not having another scan, I love watching her wriggling around, moving her arms and legs and watching her heart beat, its magical!

If you have any questions feel free to leave a comment. 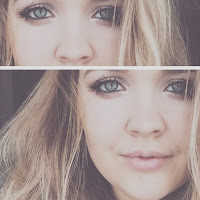